With the starting point of my quilt sorted, I want to started organising the next pieces in a spiral going outwards. As the first piece referenced my PhD, I thought the first round would be a good idea to represent important ideas that came out of the PhD which I still use or which have really influenced my understanding of learning and teaching. 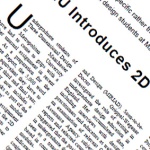 Here some images of how these pieces might be represented in the quilt.